Let’s hear it for the Dads! Who’s your favorite literary Dad?

I posted a few weeks ago about a book I read that was so refreshing because it was about a great Dad (not by blood) as the main character. Something we rarely see! And this book has one too! And I LOVED IT and I think you will too!

In Her Secret Son, Josh is in a really tough spot. He’s lost his love Grace, and finds himself a single Dad to her son Logan. He’s been there for everything since Logan was tiny, but even though he’s not Logan’s biological father – he would do anything for him, including adopt him.

Tightly paced and brimming with tension, Her Secret Son is a heartbreakingly honest portrait of a family on the edge of disaster and a father desperate to hold on to the boy who changed his life.

But as he begins the process and can’t find Logan’s birth certificate … questions begin to arise uncovering troubling secrets and he starts to question everything he though he knew about the woman he loved so deeply.

This book was so fast-paced and thrilling to me! I loved every minute. I thought it was going to be a story about a custody battle or a court case – but no! The story line was so much more compelling and so well thought out – intricately woven and captured my attention the entire way through.

A fantastic balance of intriguing tension and very likeable and relatable characters. And that ending … took my breath away!

You can get a copy here! 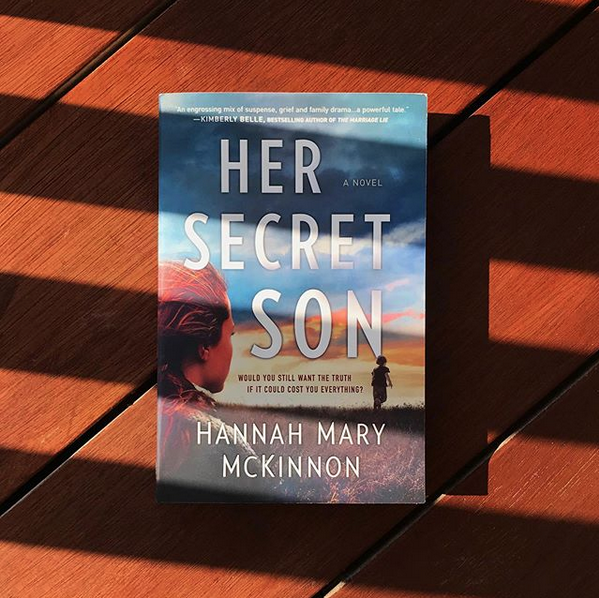 How far would you go to protect the ones you love…when they may not be yours to protect?

When Josh’s longtime partner, Grace, dies in a tragic accident, he is left with a mess of grief—and full custody of her seven-year-old son, Logan. While not his biological father, Josh has been a dad to Logan in every way that counts, and with Grace gone, Logan needs him more than ever. 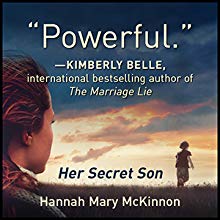 Wanting to do right by Logan, Josh begins the process of becoming his legal guardian—something that seems suddenly urgent, though Grace always brushed it off as an unnecessary formality. But now, as Josh struggles to find the paperwork associated with Logan’s birth, he begins to wonder whether there were more troubling reasons for Grace’s reluctance to make their family official.

As he digs deeper into the past of the woman he loved, Josh soon finds that there are many dark secrets to uncover, and that the truth about where Logan came from is much more sinister than he could have imagined…

I was born in the UK, grew up in Switzerland and moved to Canada in 2010. After a long and successful career in recruitment, I quit the corporate world in favor of writing.

My first novel, Time After Time (a lighthearted rom-com) was published in June 2016. My second, the domestic suspense story The Neighbors, arrived March 2018. My third, Her Secret Son was released in May 2019, and my fourth is slated for spring 2020.

I live in Oakville, Ontario, with my husband and three sons, and I’m delighted by my twenty second commute.

One thought on “Her Secret Son by Hannah Mary McKinnon”