“The chocolate went first, then the cheese, the fries, the ice cream. The bread was more difficult, but if she could just lose a little more weight, perhaps she would make the soloists’ list. Perhaps if she were lighter, danced better, tried harder, she would be good enough. Perhaps if she just ran for one more mile, lost just one more pound.”

THIS. So hard to process. As a person who LOVES food, this is hard for me to comprehend. But as a woman. It’s easy for me to understand. The entire book made me feel uncomfortable.

Anna used to be a dancer. She used to live in France. She used to eat things other than apples and popcorn. We meet her in America, where she is no longer a dancer, she is married, and she is very, very sick. In the middle of hot August summers, she shivers. Her husbands touch makes her flinch because it hurts so much. She passes out, often. It’s haunting reading the things that go in her head. It’s heartbreaking, and raw and obsessive. It made me anxious just reading what goes on in Anna’s head.

You read about how a lot of illnesses are invisible. Like mental illness – you never know if someone is suffering. With Anorexia, it’s a little more visible, the sunken eyes, the sharp, pointed angles of bones protruding from shoulders and hips, the brittle hair and damaged teeth…. but to know how this illness plays in ones mind is harrowing. I was shocked. I had no idea.

Anna’s husband knows how frail and sick she has become and he faults himself for letting it get so bad. He brings her to 17 Swann Street, to get help – it’s a home for women with eating disorders. Mostly Anorexia like Anna. We follow her journey, her struggles and pain and denial, trying (and not trying) to get better. We learn her history, how just a few years ago she was eating pizza, and ice cream, and loving every minute. The downward spiral she takes is heartbreaking.

I LOVED the writing style, almost like a script. It’s peppered with intake notes about her health, history, and “progress”, and the paragraphs are short – but easy to follow. It’s a hard one to read, but it’s even harder to put down.

You can get this incredible story at Amazon on February 5th, 2019 here —> The Girls at 17 Swann Street by Yara Zegheib

And I really hope you do. 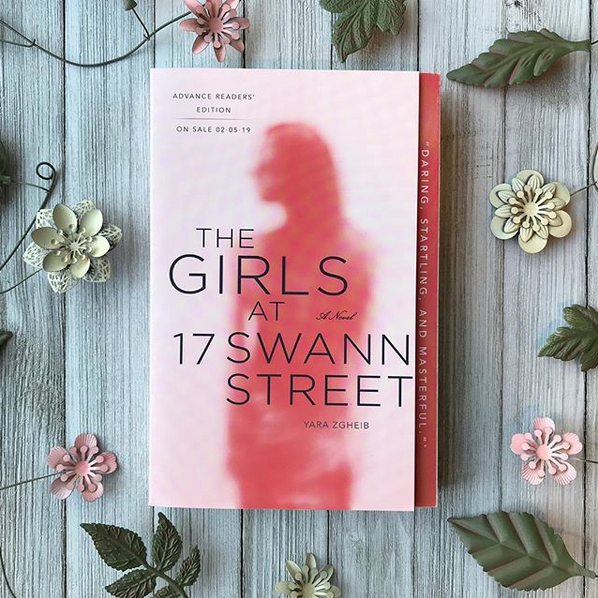 Yara Zgheib’s poetic and poignant debut novel is a haunting portrait of a young woman’s struggle with anorexia on an intimate journey to reclaim her life.

Anna Roux was a professional dancer who followed the man of her dreams from Paris to Missouri. There, alone with her biggest fears – imperfection, failure, loneliness – she spirals down anorexia and depression till she weighs a mere eighty-eight pounds. Forced to seek treatment, she is admitted as a patient at 17 Swann Street, a peach pink house where pale, fragile women with life-threatening eating disorders live. Women like Emm, the veteran; quiet Valerie; Julia, always hungry. Together, they must fight their diseases and face six meals a day.

Every bite causes anxiety. Every flavor induces guilt. And every step Anna takes toward recovery will require strength, endurance, and the support of the girls at 17 Swann Street.

Yara Zgheib is a Fulbright scholar with a Masters degree in Security Studies from Georgetown University and a PhD in International Affairs in Diplomacy from Centre D’études Diplomatiques et Stratégiques in Paris. She is fluent in English, Arabic, French, and Spanish. Yara is a writer for several US and European magazines, including The Huffington Post, The Four Seasons Magazine, A Woman’s Paris, The Idea List, and Holiday Magazine. She is the author of The Girls at 17 Swann Street and writes on culture, art, travel, and philosophy on her blog, “Aristotle at Afternoon Tea.”

One thought on “Review: The Girls at 17 Swann Street by Yara Zgheib” 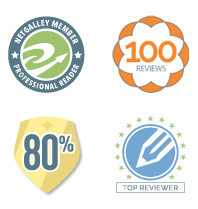 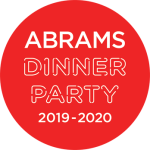